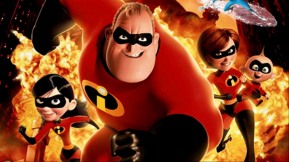 Every summer viewers are blessed with the release of the year’s biggest blockbusters. I took some time to list some of the movies I’m most excited to see this summer.

Avengers: Infinity War (April 27th, 2018) – Rumor has it that the follow up Avengers movie is slated for release exactly one year after Infinity War is released.

Solo: A Star Wars Story (May 25th, 2018) – One Rumor that has been confirmed to be true, we will finally see how Han Solo acquired the Millennium Falcom from Lando!

Jurassic World: Fallen Kingdom (June 22nd, 2018) – This installment in the Jurassic franchise is being directed by J.A Bayona (The Orphanage, The Impossible, A Monster Calls), after watching the trailer I have a feeling this will be the most frightening film in the Jurassic collection.

Deadpool 2 (May 18th, 2018) – I mean it’s hard not to get excited about this movie. Ryan Reynolds is back as everybody’s favorite douchbag, Deadpool! Josh Brolin being added as the villain is awesome, I mean the guy is tough as nails, and is the perfect man to play Cable!

One thought on “Top 5 Summer Blockbuster to Get Excited About”

This site uses Akismet to reduce spam. Learn how your comment data is processed.